UR Kirolak: 100 years of rowing as part of the European Rowing Coastal Champs of San Sebastian

Ricardo Unzueta is the vice-president of the Spanish Rowing Federation. And as a former athlete and current President (From 1990 to 2004 and from 2010 on) of the Ur Kirolak club of San Sebastian, he strongly wanted the historic first European Championship of Coastal Rowing, in the centennial of his home club.

We are in the Basque region and here, rowing, especially with fixed seats, is very popular, thanks to the "Trainera", a traditional 12-meter boat, built for fishing in the Cantabrian Sea, in the northern of Spain. From 1879 until today it has become a competition under the name of Bandiera della Concha (since 2008 also for women) to be considered a sort of local “rowing Olympics”, and a fixture, on the first Sunday of September, covered by national tv, right in front of the semicircular beach of La Concha (Conchiglia) in San Sebastian, which for the Spanish, is also the city of Cinema for the International Festival, which also takes place here in September.

The first European Coastal Rowing Championship will take place the following month, in October, between 24th and 30th with about 800 expected rowers. And Filippi – in collaboration with Moncho Ferrer of Filippi Spain - will be the sole and official supplier of boats for the Beach Sprint, the discipline that will 80% become according to most of the insiders Olympic sport at the 2028 Los Angeles Olympics.

Ricardo, Spain will host the first European Coastal Championship in San Sebastian. How do you live this event as Vice-President of the Spanish Federation but also as manager of the Club of Ur Kirolak that arrange it?

With great enthusiasm for two reasons: on one hand, because it’s the first European championship ever of such specialty and on the other, because we celebrate the centenary of Ur Kirolak, the club for which I have rowed for a lifetime and of which I’m currently the President. And with greater responsibility, due to my current role as Vice President of the Spanish Federation.

How is the preparation for the San Sebastian European Championship going?

We understand that participation will be very large for many reasons: the atmosphere, the city and the many applications we are receiving for attending the regatta from the whole continent. Even without advertising too much the event, many are already looking for us…

In front of the Concha’s beach there is the Atlantic Ocean. What kind of preparation do you need to face it with the best results?

When it comes to rowing in the open sea, you have to be skillful both frontally and sideways considering the waves. In general, the waves in front of The Concha beach aren’t so powerful unless in thunderstorms. 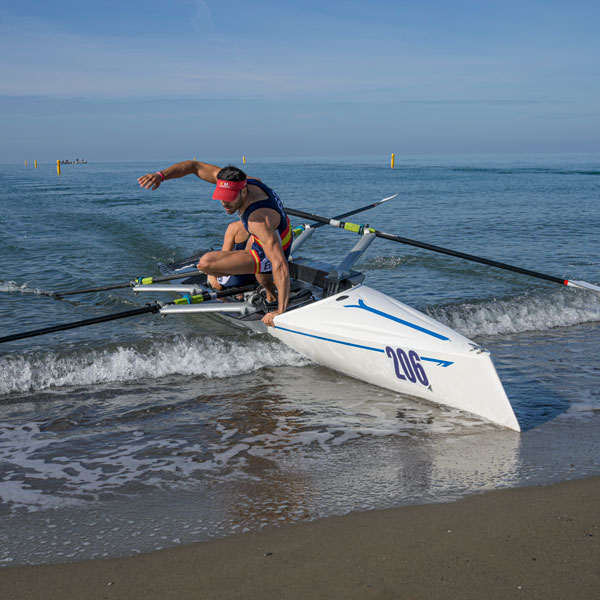 How important is Filippi's commitment also towards Coastal rowing in order to spread out this discipline?

It is certainly important for specialties that are getting a lot of popularity, especially in view of the future Olympics. Coastal rowing is the future. We have the possibility even on our coast to increase the numbers of rowers since that such sport allows everybody to practice it.

What is your opinion on the Filippi product for beach sprint and Endurance? Have you ever tried it yourself in front of “La Concha”?

I have not tried it because I have stopped rowing for some time, but in general the name Filippi is well established in the world of rowing. It has very good quality. 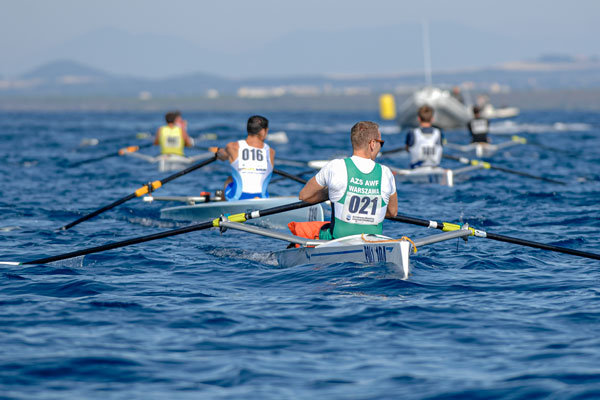 Filippi is also official supplier for the Endurance races of the European Rowing Coastal Championships 2022. You can book now your boat by filling out the form below.